Perry Park, Birmingham, was the venue for the 3rd round of the West Midland Young Athletes Cross Country League. Rugby and Northampton AC have always performed well in this top Midlands competition, this year is no exception, with excellent individual results including 2 first places, a second place, 2 third places and a fourth place across the 8 races. Teams also performed well with two teams coming 1st in the team competition and one coming third. The day started cold, sunny, and blustery; the worst of the rain held off until the final race of the day, the Under 15 girls’ race.

The first race of the event was the Under 17 Women 4km. The course was generally uneven with soft and muddy sections. Sophia Hill (16th) was the first of the team of three to finish, followed by Lucy Van Uem and Megan Stenhouse. The women’s team took 7th in the team competition. 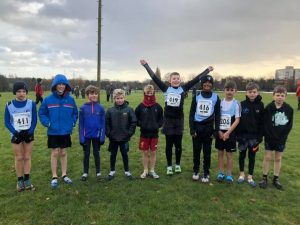 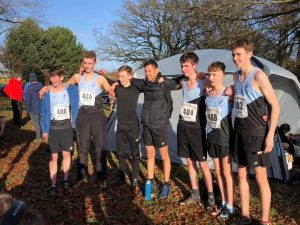 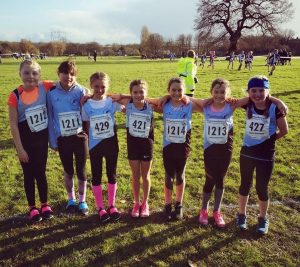 The Under 11 Girls covered the same 1.6km course as the Under 11 boys. Twin sisters Esther (16th) and Merryn Hutchins-Morant were first home for the team followed by Elsie Bennett, Claudia Terrell, Catherine Gibbons, Eleanor McClements, and Hope Berwick. The girls finished 4th in the team competition. 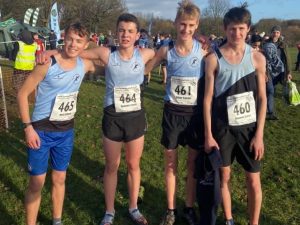 Next up were the Under 15 Boys. A 3.2Km race for the team of four. Dominic Evans was first team-member back in 16th place, followed by Ned Gilford, and brothers Oliver and Benjamin Carroll. The boys took 6th place in the team competition.

The Under 13 Girls’ team performed brilliantly over the 2.5Km course, Sophie Hancock was first back for the team followed by Jemima Cooper, Georgia Gercs, 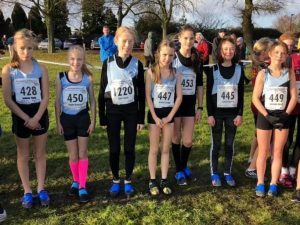 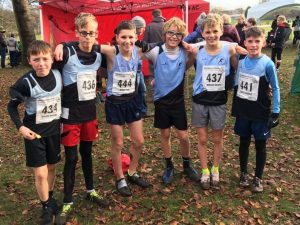 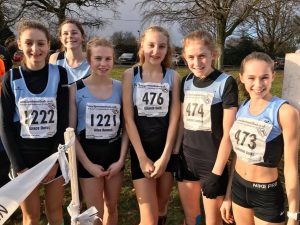 As the last race of the day approached the sky darkened and heavy rain started. The team of six Under 15 Girls ran brilliantly as they set off over their 3.2km race. Alice Bennett (running as a second claim member) was second across the finish line, closely followed by Madeleine Jacks (3rd) and Elspeth Unitt (6th). Grace Darcy, Hannah Tilt and Jemima Lambert rounded off the team which also took 1st position in the team competition.
A fantastic day’s racing.

If you would like more information about Rugby and Northampton AC, please contact Enquiry@randnac.org or visit https://randnac.org/