The London Marathon is the biggest event in the road running calendar with the race being the culmination of many months of training for many of the club’s athletes. Rugby and Northampton AC’s hopes were high and the athletes did not disappoint with over 30 members completing the gruelling 26 miles!

After recent personal bests over 10km and the half marathon, Alistair McDonnel started the race aiming for a massive best. He ran superbly throughout to finish in 2 hr 33 10 secs – overall in 148th place. Not far behind, however, was Ultra specialist Stephen Marks, who paced the race superbly to finish just behind in an outstanding 2 hr 33 57 secs. Next came Dean Oldfield, again with a massive best of 2hrs 44 41 secs.

Dean was followed by Dave Ball – again smashing his best time with 2 hrs 46 21 secs. The next R and N athlete was Vicky Nealon. Vicky had recently completed the Manchester marathon in a personal best time but went even faster in London in clocking 2 hrs 50 52 – finishing as overall 39th quickest female in the whole race. Vicky was chased home by Matt Carrol in 2 hrs 51 07 secs with Mike Andrews in 2 hrs 54 51 secs. Further finishers were Daniel Mould in 3 hrs 2 14 secs, Mike Harvey in 3 hrs 6 32 secs, Richard Stevens 3 hrs 14 and then came 3 ladies – Zoe Shepherd 3 hrs 22, Caroline Carrol 3 hrs 23 and Sophie Wilkinson- Hargate in 3 hrs 28.

But it was not all about the elite runners !!11 members of the Ladies Running Group arm of RNAC also took part in the marathon. Coach Alison Chippington and group members Angela Bayliss and Heather Marfleet had run marathons before, but for Rachel McGuire, Lisa Li, Leanne Dale, Anne-Marie Mcintyre, Stephanie Dodd, Lucia Marsella, Emma Burrows and Nicola Elliott it was their first time. “The London marathon was just the most incredible day of my life and without this group I never would have done it,” enthused youngest LRG participant Emma Burrows (28). An army of supporters from the group were in London to cheer all 11 across the finishing line. Not to be outdone by their long-distance running mates, more than 30 members of the LRG went to Abbey Park in Leicester and completed the Leicester Big 10K. For most of the group it was their first 10K, having begun running just last year with the group’s 16-week Beginner course which restarts in January every year. The current Beginners Group will be running their first 5k on 19th May at Rugby’s Ready Steady Fun Run. This event – part organised by RNAC – is open to all: Ready, Steady Fun Run – 5km – Rugby & Northampton Athletic Club. 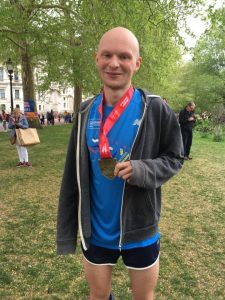 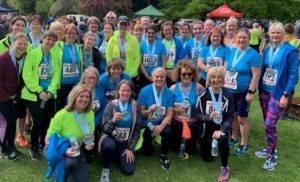 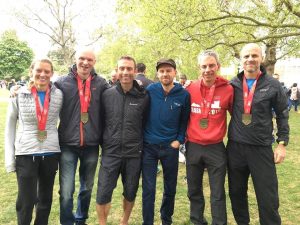