On Saturday 2nd November, Rugby and Northampton AC lined up against over 1000 other teams in the annual English c 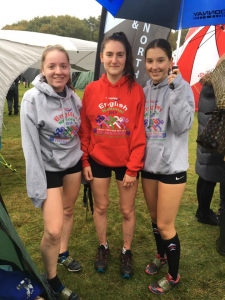 ross country relay championships, held in Berry Hil Park in Mansfield. In this championship, each team comprises 3 runners with each doing one lap of the undulating, woodland course. Conditions were extremely challenging with driving rain and mud in all places but this did not dampen the enthusiasm and drive of the athletes.

The first race saw the U17 girls team of Sophia Hill, Freya Carrol and Maisy Cramp finish in 45th of the 70 teams. The U15 girls team of Madeleine Jacks, Elspeth Unitt and Jemima Lambert faired similarly, finishing in 46th position. The U13 girls finished an excellent 42nd position with Jemima Lambert, Georgia Gercs and Sophie Hancock all running brilliantly in the mud.

The U13 boys had an excellent start through Oliver Bell and this set the tone for an outstanding team performance as the Arthur Tilt and then Isaac Hutchins-Morant finished the race in 23rd – second-placed Midlands team. R and N also finished a B team of Will Gower, Lyall Lambert and Archie Campbell. The U15 boys also fielded two teams and all boys ran outstandingly with the A team finishing in 39th out of the starting 120 teams. The A team consisted of Henry Woodward, Dominic Evans and George Rogerson, whilst the B team saw Jenson Buttrick, Ollie Carrol and Ben Carrol compete.

Expectations were high for the two older age groups in the boys and they did not disappoint. The U20 team was led off by European U20 silver medallist Josh Lay. Josh contested the lead for the whole race, finishing one second behind the leader and Josh recorded the second-fastest time of the day overall. Joe Vaughn and then Ben Hope took over the running on the second and final legs to bring the team home in 14th place. 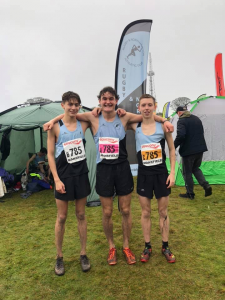 The U17 team then took to the stage and recorded one of R and N’s best-ever performance in any National event. Fergus Scott led off the team and immediately took the lead which he held for the entire race, recording the fastest time of the day. The team was then completed by Noah Bennett and Tom Tyler – with the team finishing in a truly exceptional 6th position – only metres behind a medal. Well done to all that took part.